Up until this point our life on the road had generally consisted of going to bed before 10 and cooking as many meals in the camper as possible. Good for the budget and for getting out surfing three times a day. December however had other plans for us. Our “Vancouver family” as well as “uncle” Alan from Calgary decided to come to Nicaragua for Christmas break, an exciting development as it had been months seen we had seen any of our friends. It was decided that we would go first to The Corn Islands before heading to the Pacific coast to surf. The mentality of the two-week vacationer is understandably very different from that of the long-term traveler. We tried our best to resist but in the end we really had no choice but to give in. Lobster tails quickly replaced canned tuna and pasta marinara and a beer with dinner became doing pretty much everything with a beer in hand. It felt good to let loose after months of frugal living.

Great Corn Island is best reached by flying from Managua on Nicaragua’s local carrier El Costino. We parked the camper at Managua international airport, and packed our bags for a week’s vacation from the camper life. In the domestic departures lounge we met up with our good friend Scuba and boarded the flight. Great Corn is the bigger of the two islands, and has the most beautiful beaches. We checked into a hostel on the island and spent the next few days exploring the island by bicycle and enjoying lobster tail and the legendary local specialty Rondon, a mixed seafood soup. Eventually the rest of the crew arrived, sans Alan, who missed his flight in Houston. But with Tess and Marley on deck we boarded a local transport boat called a “Panga” and made for Little Corn Island. We didn’t think much of the ride as we exited the protected port. There weren’t enough life jackets for all the passengers but no one seemed too concerned. Soon we found ourselves careening over double overhead waves in the open ocean in an overloaded glorified dingy. The ride put any water park log ride to shame, and the folks in the front seats were regularly tossed out of their seats a foot into the air, while in the back we were showered regularly with bucket loads of water. With the aid of a gratuitously large bottle of Flor de Cana we had a roaring good time. These guys know what they’re doing after all; they’ll get us there safe. 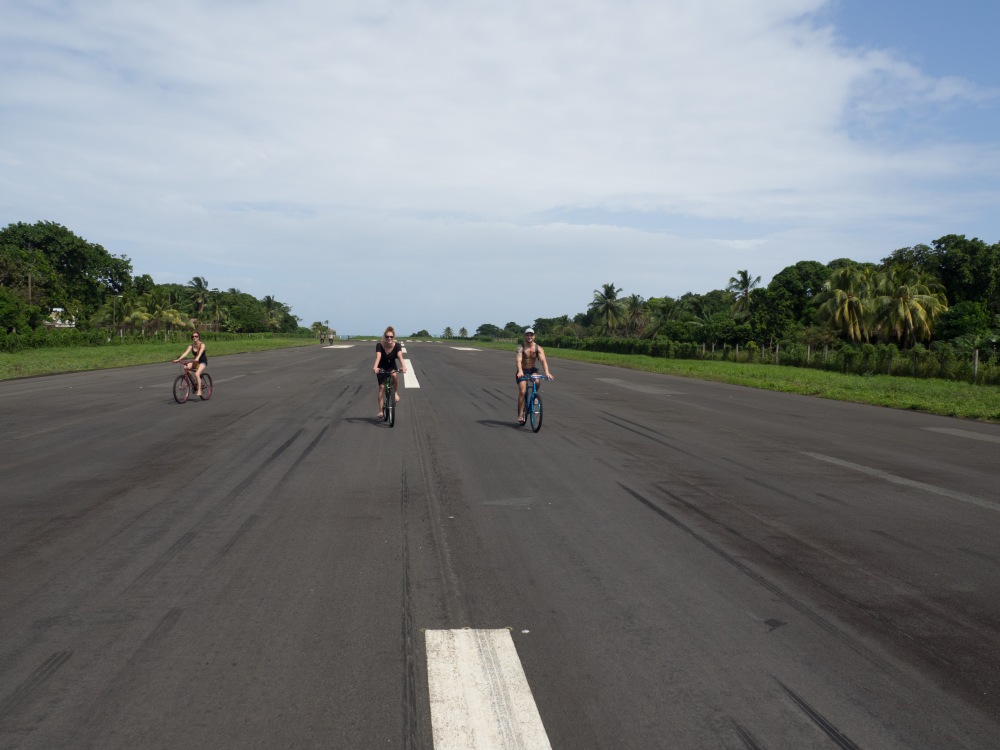 The somewhat terrifying boat ride made arriving at Little Corn seem even more like arriving in paradise. Soaked through, we disembarked the boat and headed on foot to Grace’s Cool Spot, our accommodation on the Island. Charming, simple, affordable, and clean, Grace’s is a decent spot to base out of on the island. Eventually Alan figured out how to get to the island, and we met up with Tess’s childhood friends from Cornwall, Greg and Andrew. The full Corn Islands crew was assembled, and we set out to experience all the place had to offer. The next week was a journey of indulgence soaked in equal parts sun and rum. We worked our way through the comedors of the island, never hesitating to get the lobster for dinner or both the omelette and the pancake for breakfast. Our top recommendations are The Turned Turtle for brunch, and any of the local comedors which serve up two lobster tails for about 10 Canadian dollars. In the evenings there was no shortage of establishments to revel the night away, including the run down and seedy “Happy Hut”. 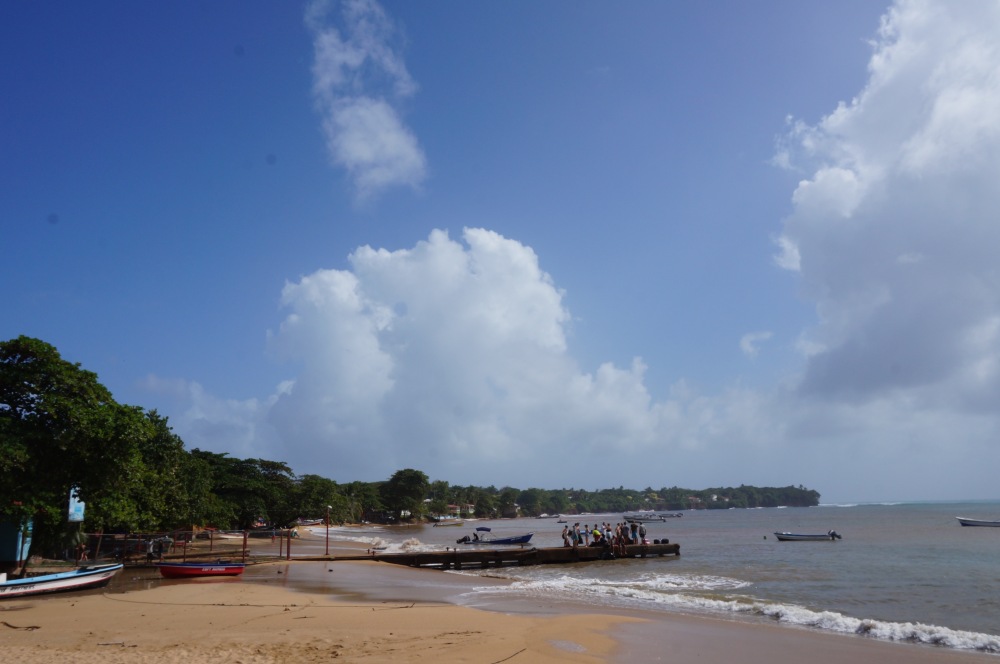 The official sport of the trip was spike ball, best played on the beach with a beer in hand. It’s very addictive and brings out the competitive side of anyone involved. Worth noting is that there are barely any beaches left on Little Corn due to erosion. 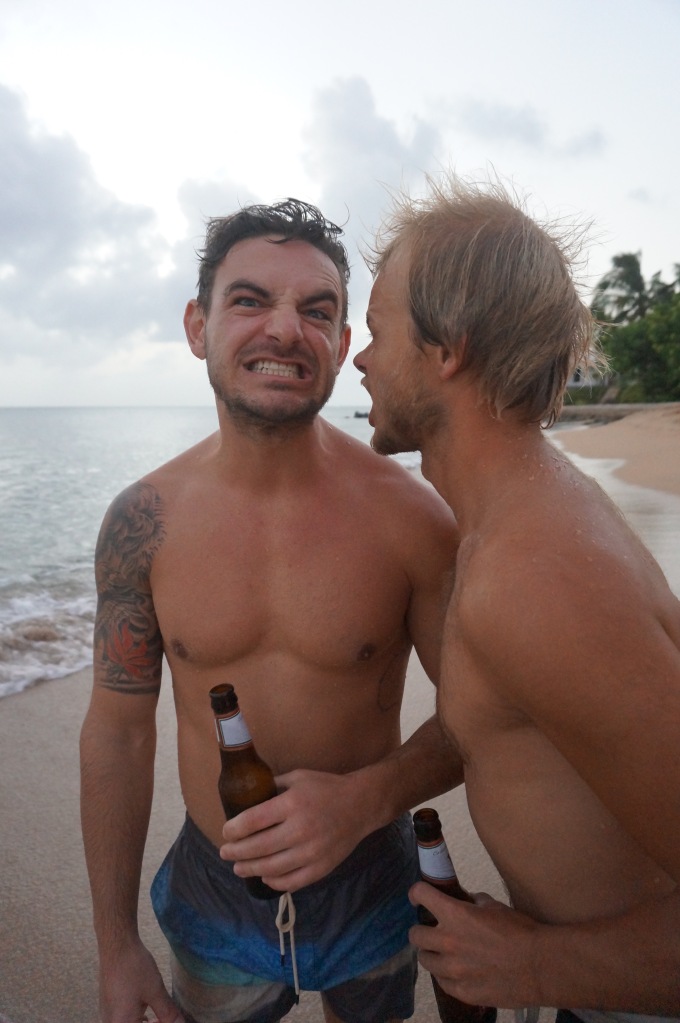 Suffice it to say we thoroughly enjoyed our time on Little Corn Island, and when it came time to leave we braved another “Panga” ride back to Great Corn. We set our sights on the pacific and didn’t look back. Weeks later a tragic news story emerged reporting that 13 Costa Rican tourists had lost there lives when a Panga capsized in rough seas while crossing between the islands. It was reported that the panga captain chose to sail despite warnings from the navy that due to strong winds conditions were not safe to be on the water. A sobering reminder that real life is not a water park log ride. Towards the end of our stay on the island we became privy to hushed rumours of a series of assaults that had occurred on the dark path between our hostel and the main strip in town. We were told it’s not an unusual occurrence but it’s generally kept quiet. Not good for business. The island is allegedly a fuelling point for ships moving cocaine up the coast to the United States, and the drug has a strong influence there.

It rings distinctively of the film (based on the novel) “The Beach” which tells the story of a seemingly utopian  island community. As the film progresses it becomes clear that the island has a dark underbelly, ignored by most of the inhabitants who choose ignorance rather than breaking the spell of paradise. Little Corn Island also has a very real dark underbelly, seemingly ignored by law enforcement, locals, and tourists alike.

So next time you find yourself yearning for pristine beaches, cheap lobster, and that laid back caribbean lifestyle, you might consider coming to the Corn Islands. In the words of Richard, Leonardo DiCaprio’s character in the film: 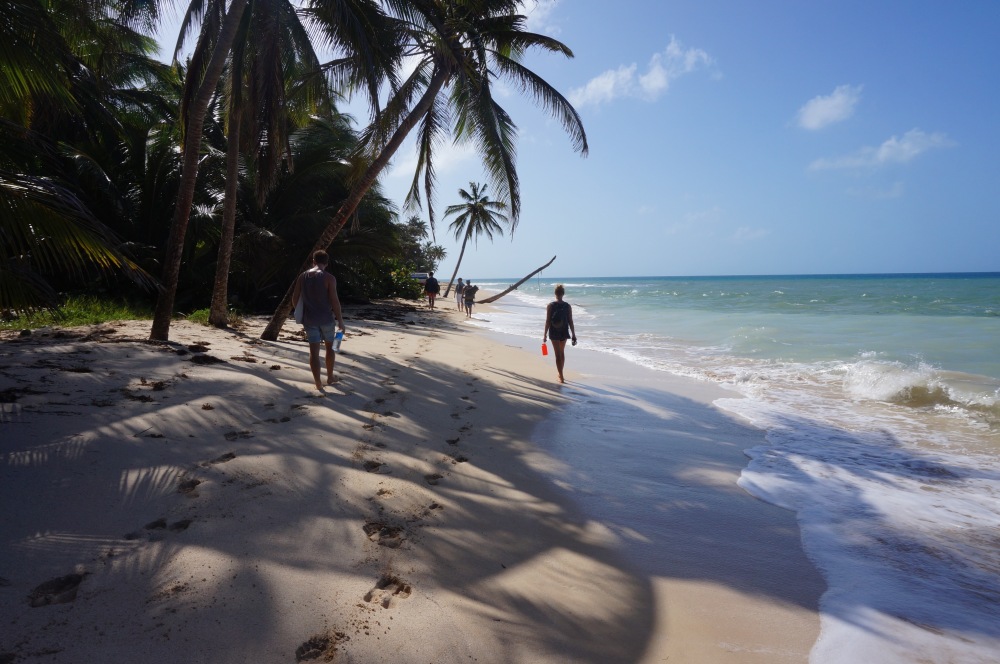 2 thoughts on “The Beach”