In many ways El Paredon was a place of dreams for me. Waking up every morning to the sound of waves crashing. Surfing as the sun peaked over the water in the morning and when it set at the end of the day.  Walking barefoot through the village to buy tomatoes from one old man, and ice cream from another. Learning some Spanish from a local teacher or watching local soccer matches on the basketball court Friday nights. It was also the place where I gained a serious respect for the ocean. The first time I tried to go surfing, I set out excited to get into some waves after a long time in land. But after 2 hours of battling against the currents and waves I came back to the beach completely exhausted and fairly defeated. Luckily, a Hungarian named Balazs, let us know he had gone through the same thing a week before and pointed out the rip current that takes you out a bit easier to the break.  After that, we managed to get some more helpful local intel that made the battle a bit easier but even then I still had some of the most violent wave tosses and turns I’ve ever experienced. Between Thomas and I, we broke a total of three different leashes and had a couple swims into shore without a surf board. As difficult and humbling as it was, it’s still one of my favourite spots along the coast and I came out a much better surfer for the grit it built in me. 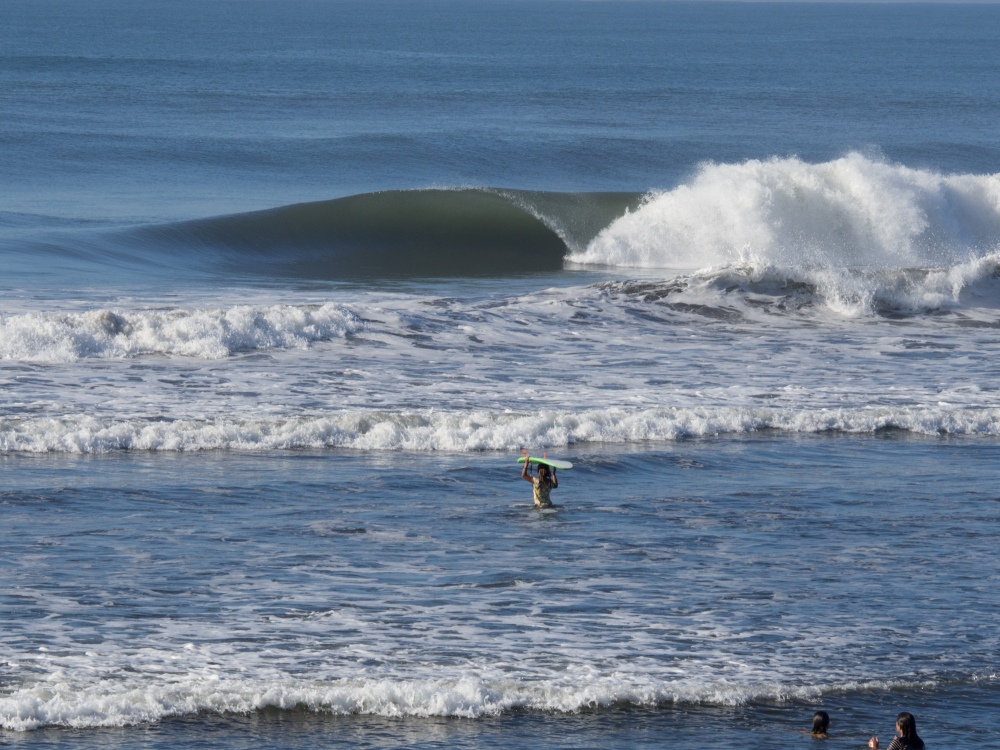 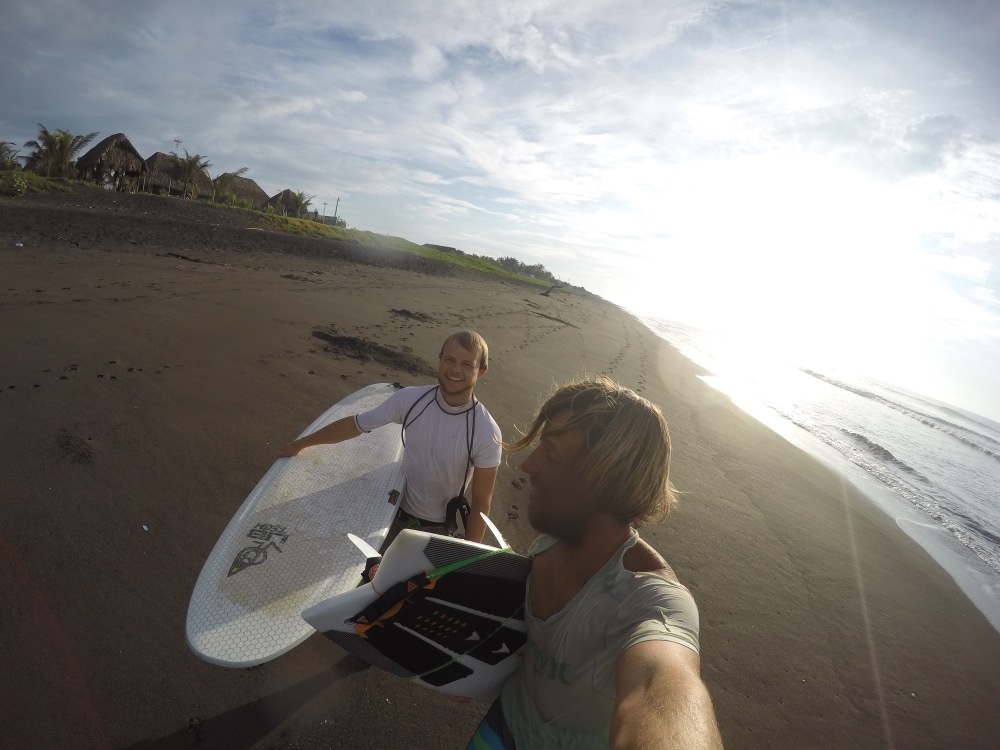 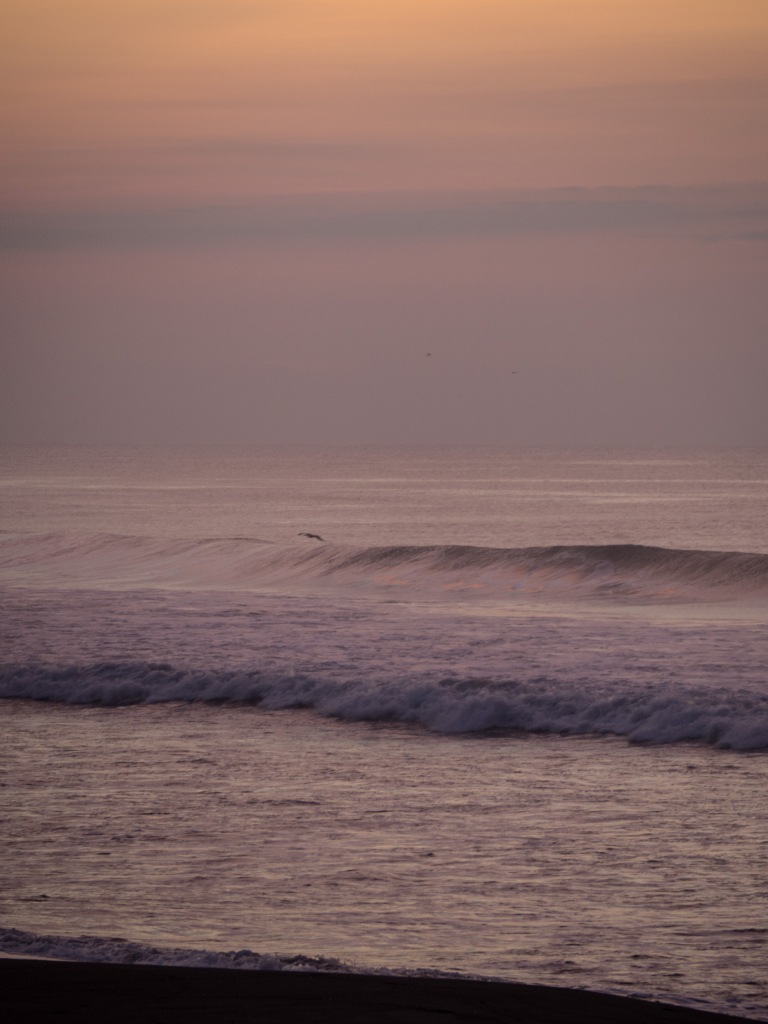 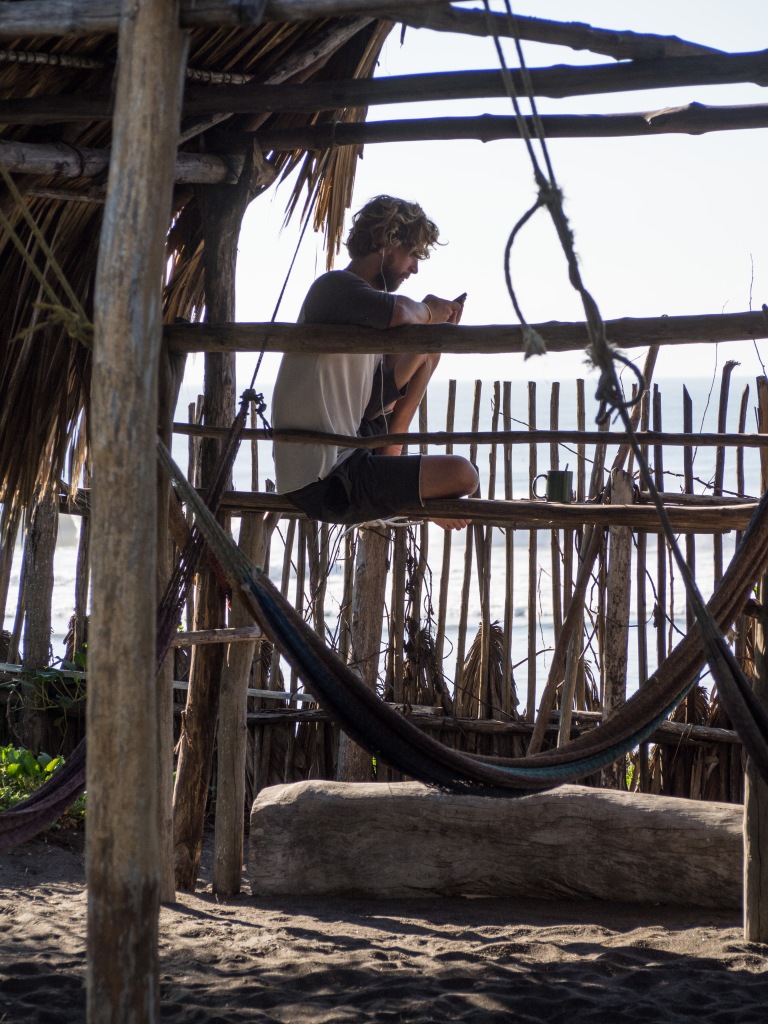 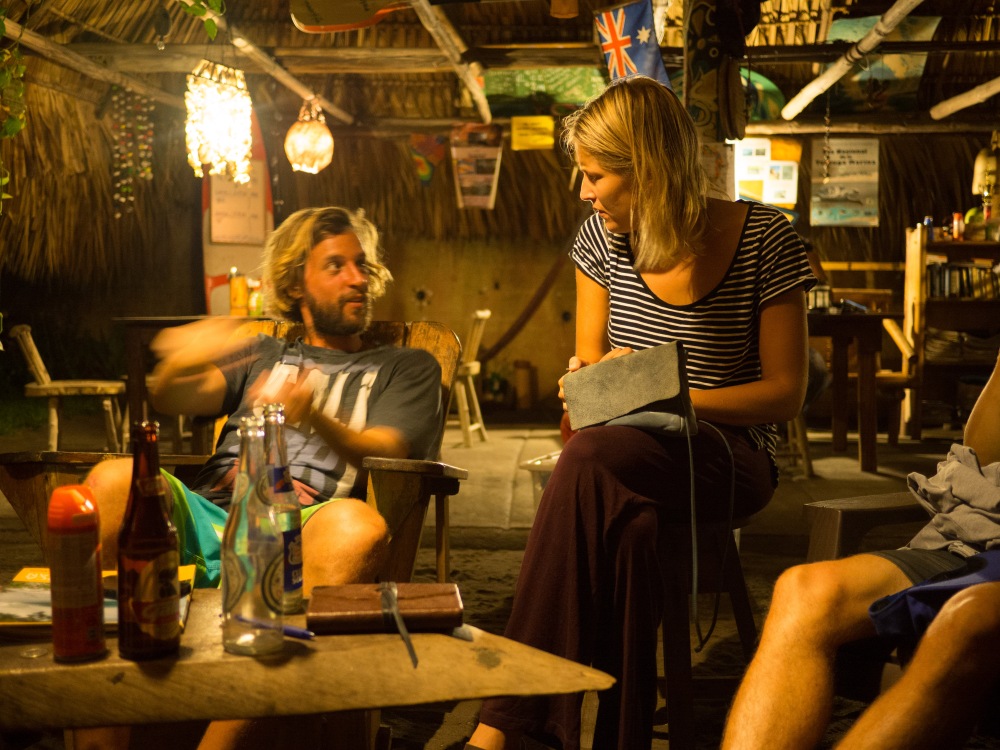 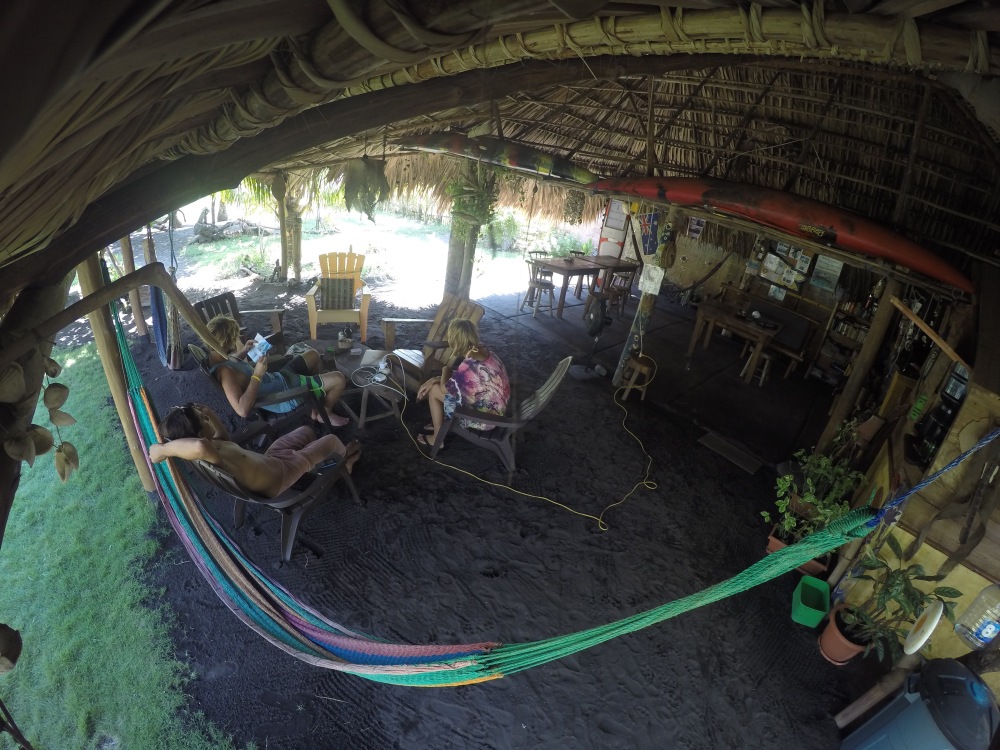 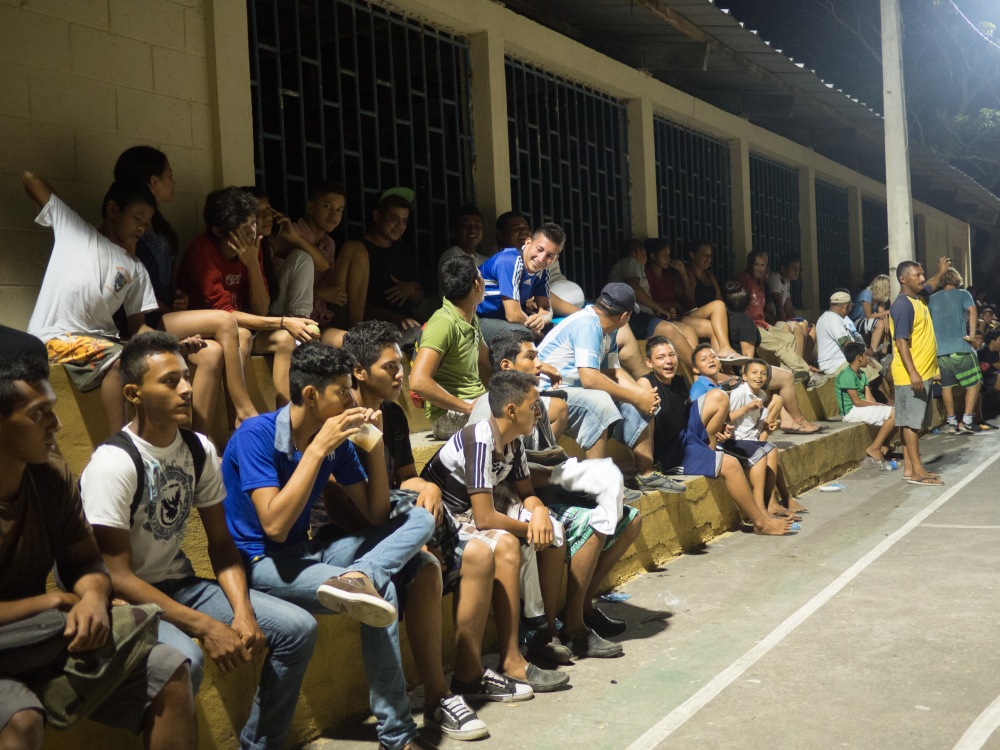 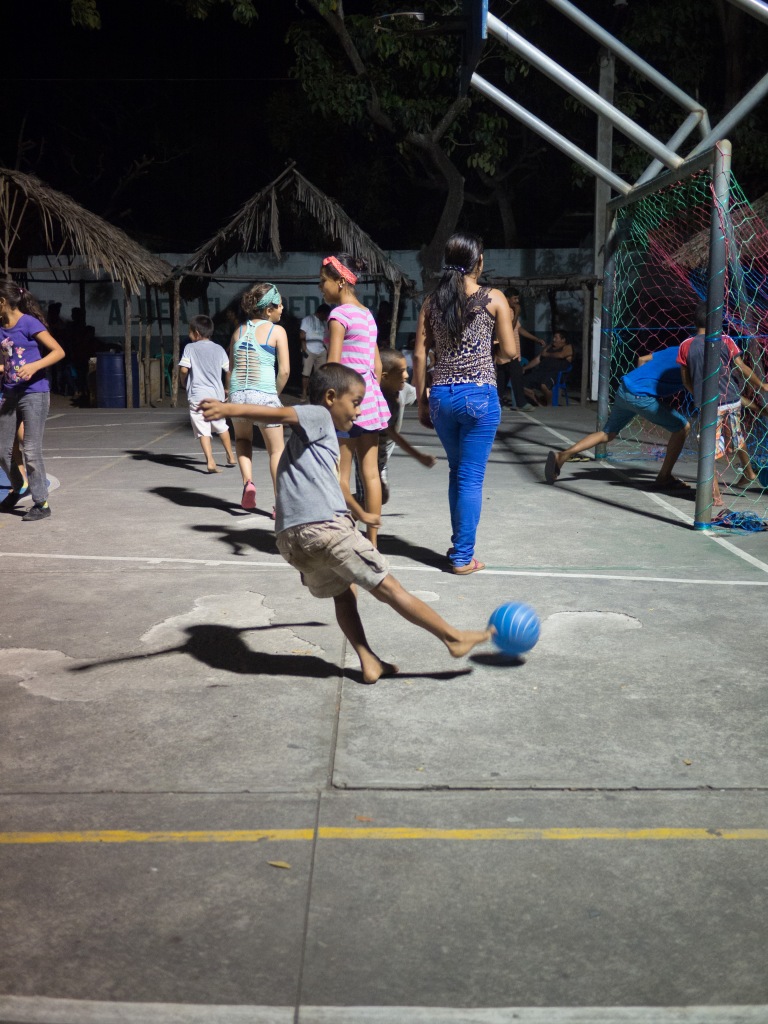 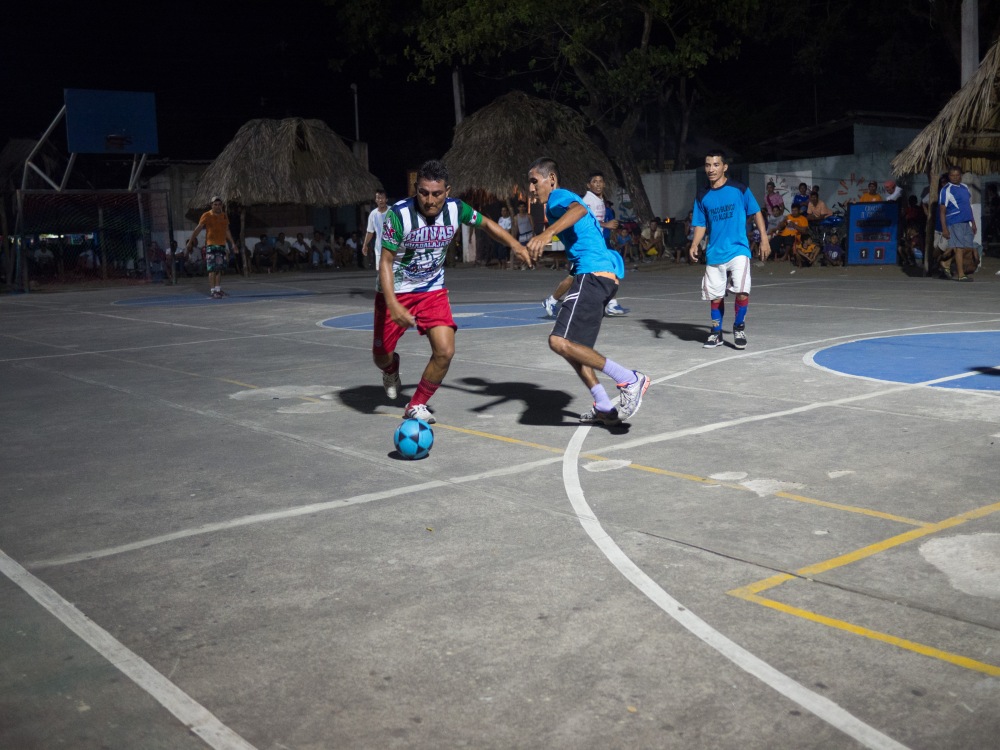 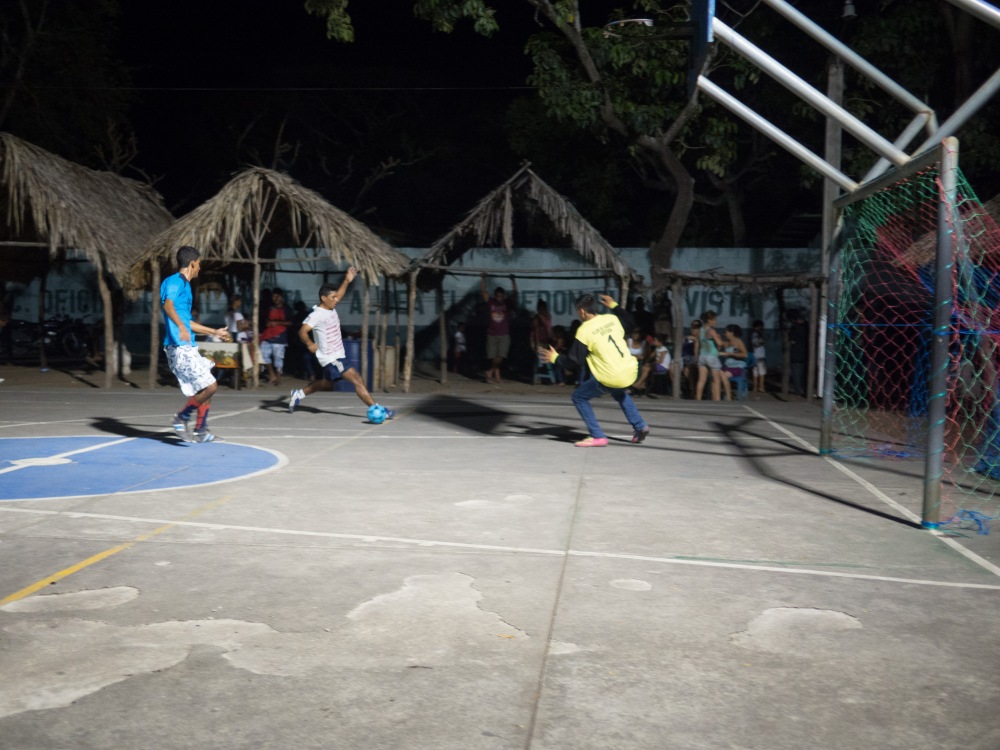 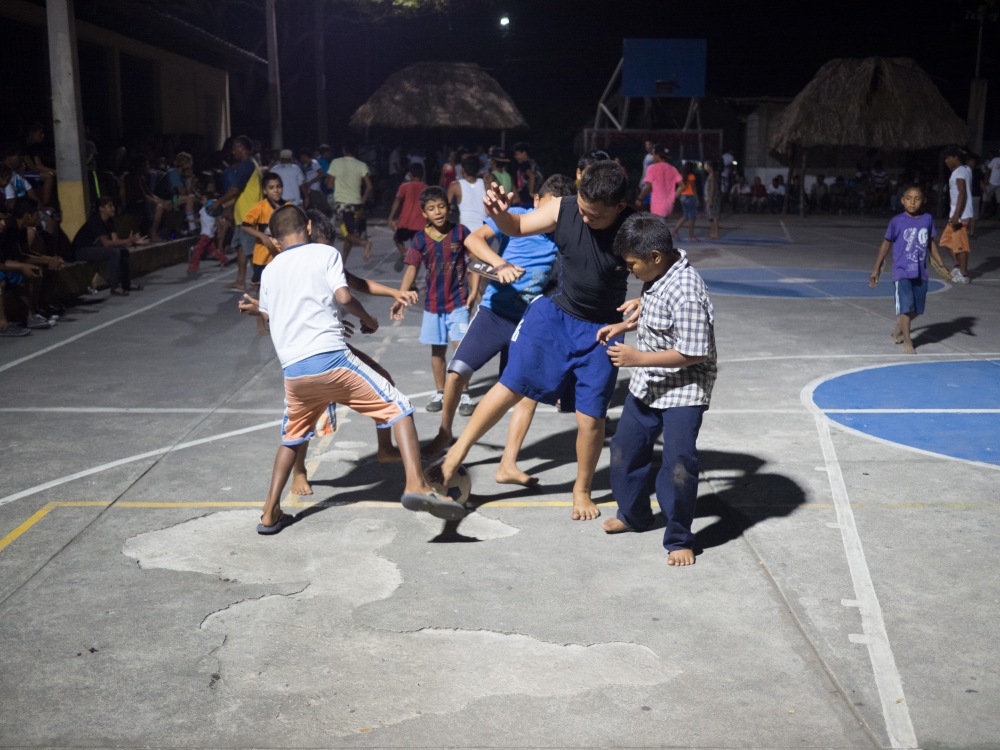 We were also pretty lucky (specially given they don’t have a single sign)  to find a small quiet haven on the beach, El Paredon Surf Camp. Set right off a great break, beneath the palm trees  it wasn’t much of a surprise that we met some pretty phenomenal people there. This is the first spot we met Balazs and Viki a couple from Hungary. With similar surf inspired goals and a week and a half worth of Hungarian rummy they decided to come along with us to head down the coast to El Salvador.  Both were solid surf buddies and great sports at helping out with little quirks the camper had along the way even to give it a push up the hill when it needed it. 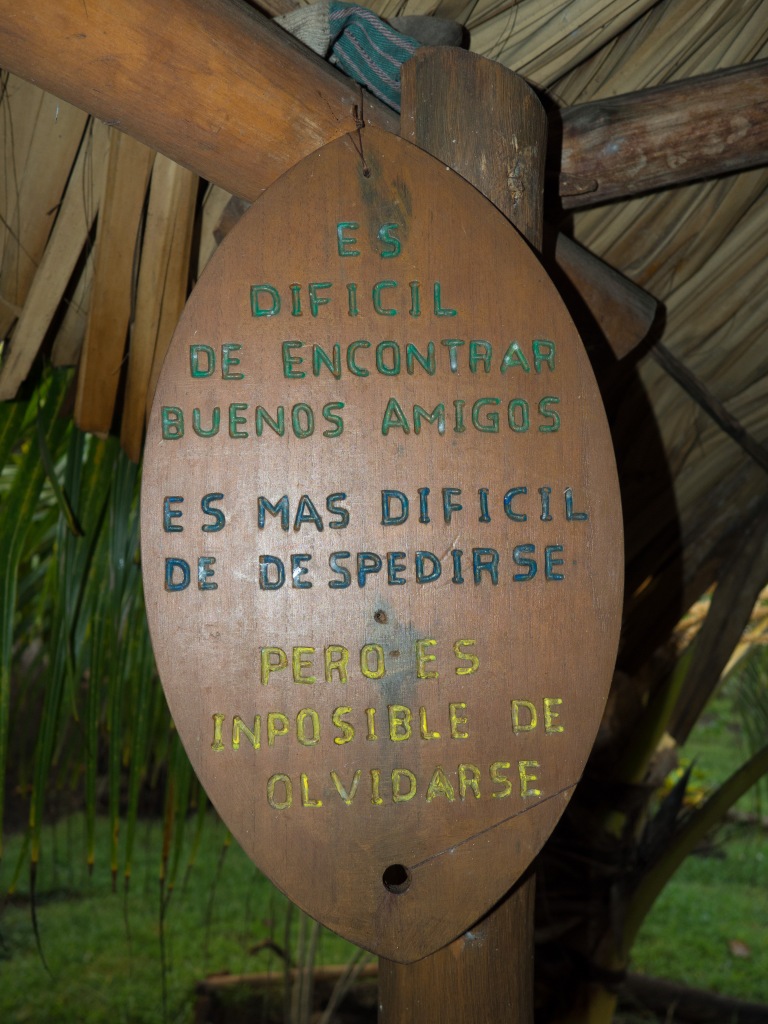 Guatemala in many ways was so much more than I expected. For all the terrible hype its given the people were kind, welcoming and genuine and the country was breathtakingly beautiful. Many of the previous stereotypes of the country were greatly broken down during my time there. For the many incredibly positive experiences there was one that was not, although it was a learning experiences on its own.

I had a hard time deciding whether to share my experience given how small and insignificant it feels compared to many others’ more traumatic situations. But after hearing that other people had encountered the same situation as I did, I felt it may help to share mine. At one location we stayed at, I met a person that at times  was very generous and helpful but at others incredibly disrespectful, inappropriate and aggressive. With the inappropriate behaviours intermingling with the courteous  behaviours I had a hard time knowing how to react. I would be firm to communicate the behaviour was not acceptable in one situation but be thankful to him in next when he was helpful. When the behaviour culminated into something that was most upsetting for me, I felt terrible and largely blamed myself. I felt the fact that I had been kind in other situations as the reasoning for him feeling this upsetting behaviour was ok. I also felt unsure of how to proceed because of cultural differences that may have contributed to his lack of understanding of what was acceptable behaviour towards women.

After leaving that place, I reflected on how upset and ashamed I had been in the situation and realized how unfair that was to myself. Being thankful for someones pleasant behaviours doesn’t give acceptance for that person to behave in inappropriate ways and cultural differences don’t give someone the right to treat any woman with any less respect than she deserves. Although these may seem rather easy things to say now, I found in this situation self-blame seems to be far more common not only in my own experience but in others I’d spoken to.  For me, I gained a greater awareness of how to appreciate differences in culture while still ensuring my own boundaries are respected.

My reflection was also made clearer by all of the very lovely, respectful, genuine people we met along the way. One event that really stood out to both of us was meeting with Gad Lopez in a mechanic shop outside of Managua. After a lively chat discussing our trip and home lives he invited us to a close friends baby shower and to stay with his family in their home. Gad and his wife Diana are both engineers and have a son named Thomas.  They showed us a side of Managua we might never have seen and gave us a real perspective on life and history in Nicaragua. Their hospitality was beyond compare, inviting us into their home  with a warmth that felt like family.